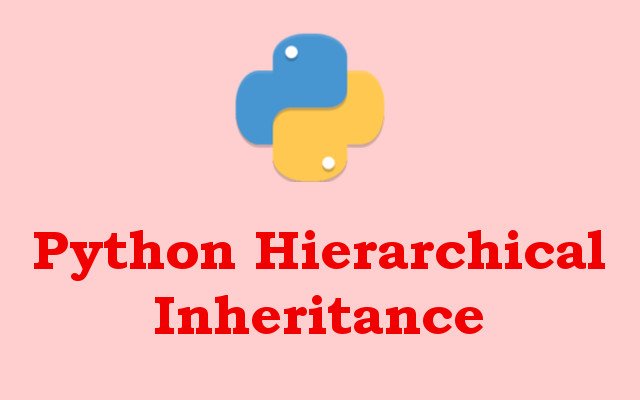 In this Python article we want to learn about Hierarchical Inheritance in Python,

are created from a single base class that is called hierarchical inheritance.

Now let’s take a look at this image.

If you see in the image, we have four classes, Class A is our base or parent class,

we have another three classes and all of them are extending from just one base class,

base class that is called hierarchical inheritance. now there is a relationship between

Class A and three derived classes(B, C, D), but there is no relationship between the

derived classes, it means that we have a relationship between base class and derived

classes, but there is no relationship between derived classes, for example we don’t

have any relationship between Class B, Class C and Class D.

In the example we have three python classes, class Animal is our base class and we have

two more classes that are inheriting from just one base class. we have relationship between