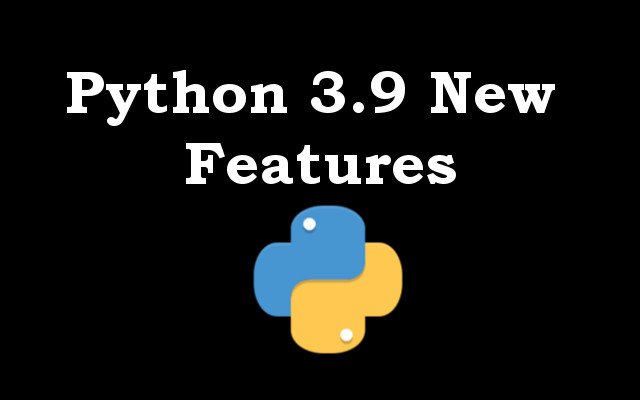 In this Python article we want to learn about Some New Features in Python 3.9, as you

know Python 3.9 was released in 5th October 2020, and there has been some new

improvements on python language, from two new method of merge and update on dictionary

class, introduction of new string methods and zoneinfo library up to a number of new features

have been added. also a new stable and high-performing parser has been introduced in

python 3.9. in this lesson we want to introduce some New Features in Python 3.9 with

Those complement the existing dict.update and {**d1, **d2} methods of

now first let’s do this without Python 3.9 operators.

If you run the code, you can see that the dictionaries are merged and updated.

And if you run the code we will receive the same result.

Two new string methods for removing prefixes and suffixes have been added.

as generic types instead of importing the corresponding capitalized types (e.g. List or Dict)

You can see in the above example we have imported List from typing, if we don’t do this

we will receive error in our code.

So now let’s create our same example with Python 3.9.

You can see that in Python 3.9 we don’t need to import the List from typing.

backed by the system’s time zone data. if you are using Mac or Linux you can use the

zoneinfo directly, but if you are using window you to install a third party library that is

And this is the code.