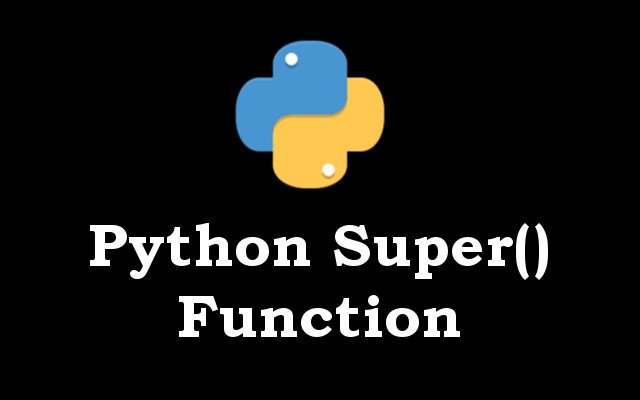 In this article we are going to talk about Super() Function in Python,

of the parent class or base class, and super function returns a proxy object.

in the above code we have two classes, the first class is Person class and it is our

parent class, we have our initializer method in this class, also in the initializer we are

just printing some texts in the console. the second class is Student class and it is a child

class of the Person class, and in here also we are going to print something in the console.

now if you run this code you will see that it is not calling the base class initializer method,

but it is calling the derived class initializer method.

This is the result and as we can see it is calling the derived class initializer method.

Now what if we want to call our base class initializer method, for that we

are going to use the super function in Python, let’s bring changes to our code

and add the super function.

Run the code and you will see that it is calling the base class initializer method.

In this code, Person is a super (parent) class, while Student is a derived (child) class.

property. In other words, super() allows you to build classes that easily extend the