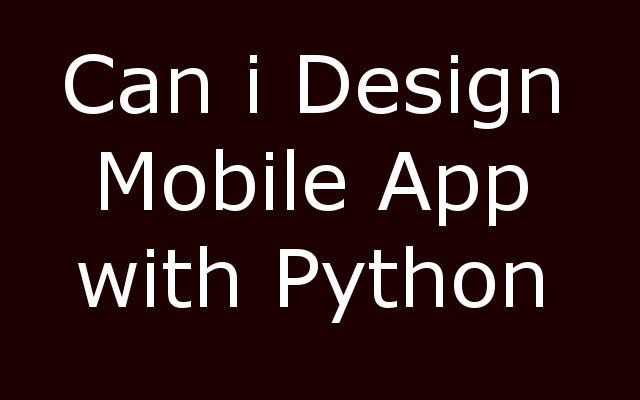 It’s worth noting that creating mobile apps with Python may be more difficult than using a language that is native to the platform, and you may need to put more effort into learning the framework or library you choose. Additionally, the performance of the app may not be as good as the one written in native languages.